Organic Rooftop Farming in Chicago from OrganicNation
Posted by The Greening of Northcenter Neighborhood at 8:45 PM 0 comments

Email ThisBlogThis!Share to TwitterShare to FacebookShare to Pinterest
Labels: Lifestyle

Mark your calendar! Our annual meeting is on Monday, May 16th from 7 p.m. to 8 p.m. at Sultzer Library. Come hear about the amazing year we have had, and help us to plan and ensure that 2011-12 is even better.
Posted by The Greening of Northcenter Neighborhood at 8:14 PM 0 comments 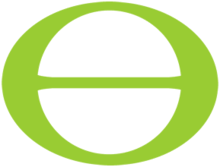 The first Earth Day, on April 22, 1970, activated 20 million Americans from all walks of life and is widely credited with launching the modern environmental movement. The passage of the landmark Clean Air Act, Clean Water Act, Endangered Species Act and many other groundbreaking environmental laws soon followed. Growing out of the first Earth Day, Earth Day Network (EDN) works with over 22,000 partners in 192 countries to broaden, diversify and mobilize the environmental movement. More than 1 billion people now participate in Earth Day activities each year, making it the largest civic observance in the world.
What will you be doing on Earth Day? Need and idea? Go to earthday.org/
Posted by The Greening of Northcenter Neighborhood at 11:38 PM 0 comments

Green Fire was produced in partnership between the Aldo Leopold Foundation, the Center for Humans and Nature, and the US Forest Service. The film provocatively examines Leopold’s thinking, renewing his idea of a land ethic for a population facing 21st century ecological challenges. Leopold's biographer, conservation biologist Dr. Curt Meine, serves as the film's on-screen guide.
Green Fire describes the formation of Leopold’s idea, exploring how it changed one man and later permeated through all arenas of conservation. The film draws on Leopold’s life and experiences to provide context and validity, then explores the deep impact of his thinking on conservation projects around the world today. Through these examples, the film challenges viewers to contemplate their own relationship with the land community.
The high-definition film will utilize photographs, correspondence, manuscripts and other archival documents from the voluminous Aldo Leopold Archives as well as historical film and contemporary full-color footage on location, including landscapes that influenced Leopold and that he in turn influenced.
The film also features commentary and insight from some of today’s most recognized and credible scholars and conservation leaders, including: three of Aldo Leopold’s children—Nina, Carl, and Estella, Leopold scholars, noted environmental writers, scientists, humanities experts, public policy leaders, business leaders,; and leaders of non-profit groups inspired by Leopold.


http://www.greenfiremovie.com/
Posted by The Greening of Northcenter Neighborhood at 11:23 PM 0 comments